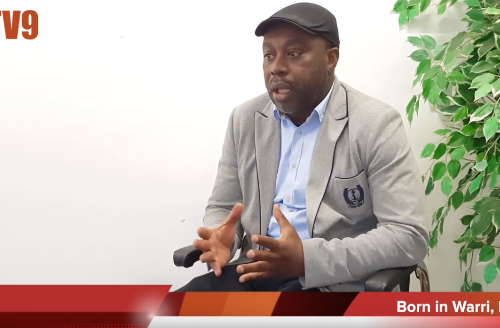 Born in 1963, as Paul Magnus Oviawe to Paulina Aniede-Oviawe and Alex Aghahowa Oviawe in Warri, Delta State of Nigeria. He is the second of eleven children of the humble catholic couple.

Since early age, Paul was deeply concerned about the disdainful living conditions of the poor and the hardships they were undergoing in the Niger-Delta region; a region with abundant human and natural resources, but still struggling with mass impoverishment. It was his early experiences that left a deep impact on him and propelled the emotions of anger and fear, causing him to look for scholarly solutions to reducing poverty. He credited his life experiences in the Netherlands for teaching him the importance of education, equality and social justice.

It was his belief of creating the consciousness of a ‘newborn’ driven by morals rather than material incentives, that has made him a well-regarded figure and one of the most influential Africans in the Benelux region.

A gentleman of impeccable bearing mixed with human kindness, he gained early education in Warri, Nigeria and higher education at universities in The Netherlands and United Kingdom. Presently, he is living with is wife and three children in Lelystad, The Netherlands and is the proprietor of the International College of Commerce, a private professional postgraduate institute.

The idea for the Niger Delta Knowledge Centre project is partly inspired by the words of Albert Einstein:

“Our greatest natural resource is the minds of our Children..” and, the unbearable man-made suffering of the youths in the Niger Delta region.”

According to Paul: “Judged even by the lowest standards; in the last decade education in Nigeria has become a tragedy.” Most children are misinformed while adults are illiterate to fundamental reality. And, with particular interest to the Niger Delta region; the lack of adequate basic education increases youth underdevelopment, which is fast becoming a generational problem.

Armed with first-hand evidence and eager to create a realistic vision for the youths towards constructive change in the region. In his words: “I had to reason backwards and came forward with the ‘Niger Delta Knowledge Centre’ agenda. More So, I truly believe this project will empower academics with the necessary knowledge to make concrete changes in their lives and surroundings – all by themselves..”

“I foresee that in the long run the NDKC’s agenda will open the floodgates towards home-grown industrialisation and social development.”